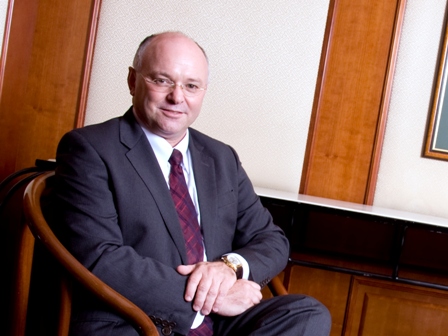 When the current round of global integration took off in the late 1980’s, the world was divided ideologically, geographically and politically between east and west, north and south, collectivism and capitalism. Communication was expensive and inconvenient, international travel only for the most elite, intercontinental shipping expensive and unreliable. Over 35 years these barriers fell, aided by technology, but especially by multilateral trade agreements that created opportunities for work and consumption that had never before been possible. The emergence of the World Trade Organization and accession by China and Russia were certainly highpoints, although the failure of the Doha round of talks suggests that its role as the sponsor of truly multilateral trade agreements may have lapsed.

With the WTO effectively side-lined as an effective force, bilateral and regional trade agreements have replaced multilateral ones: it would seem that treaties like the Transatlantic Trade and Investment Partnership and the Trans Pacific Partnership, (TPP) are a step forward in terms of free trade cooperation, but not from the perspective of countries who remain outside the agreements. By effectively repudiating the WTO’s principle of non-discrimination, these agreements offer improved trade terms to favoured partners without extending the benefit to all trading partners. Since preferential trade agreements reinforce existing patterns of trade, they will tend to increase the depth of international connectedness while reducing the breadth. Increased depth refers to the improvement in trade; preferred trade arrangements encourage more trade, but with fewer well-established partners. This offers the prospect of a two-speed global economy: Those in the club, countries with large economies and well-established trading clout; and those on the outside, less developed countries with the greatest potential for growth and the most to gain from global integration. Joining the party late might be especially difficult. For example, China has been left out of the TPP, despite its obvious pre-eminence as a player in the region. If it wants to join the agreement after a decade of negotiation, it will only be with the permission of partners like the US and Japan who will likely impose difficult preconditions. Trade and investment agreements like these incorporate agendas that extend beyond trade or investment, often including intellectual policy, labour and human rights or national security.

Negotiating outside of the WTO framework also allows negotiators to work around stumbling blocks like agricultural subsidies and limits on trade in services that would not be acceptable within the WTO’s stricter guidelines. For example, the TPP may allow Canadian farmers to continue to control the supply of dairy products or allow Japan to continue to offer its farmers generous subsidies. Creating non-standard agreements allows parties to reach agreements that might otherwise be impossible, but the drawback to this is the lost potential to stitch together a more inclusive and comprehensive agreement from the patchwork of individual agreements. It really does not make sense to style bilateral and regional treaties a stage in the development in truly global trade agreements, in fact, it is more likely that preferential trade agreements make global trade and investment agreements much less feasible.

Preferential trade agreements may create as many trade conflicts as they resolve. The United States Africa Growth and Opportunity Act (AGOA) enacted under Bill Clinton and a centerpiece of Barack Obama’s Africa policy established a regional trade relationship between the US and 40 sub-Saharan African states. US opponents of renewing the agreement point out that some African states have agreed better terms with Europe despite the extremely generous terms offered by AGOA. Of course, we should not forget that the current crisis in the Ukraine was sparked by a disagreement about whose trading block Ukraine would join.

Global trade facilitators, countries like the UAE, Singapore, Ireland and Hong Kong (SAR) are also likely to suffer from preferential trade as the role of intermediaries becomes less pronounced in a bilateral trade framework.

Trade and investment agreements are not the only threat to globalisation. In the wake of the global financial and economic crisis, world leaders successfully avoided the instinctive reaction to apply protectionist trade measures. With the heat turned down a notch or two, integration of markets and foreign direct investment has taken second place to national priorities, often short-term in nature and parochial in scope. Recent examples include: US regulation of global financial institutions; capital controls and the prospect of financial transaction taxes in Europe; sanctions by and against Russia, and the rise of state capitalism.

Is globalisation dead or is it just resting? Conventional wisdom suggests that the economic benefits of market integration will outweigh the costs and in the longer term everyone is better-off through globalisation-in the long term. Sadly, most decision makers are focused on parochial interests and the next election cycle, globalisation appears to be heading for a two speed solution, one that works for the developed markets, and not so much for the emerging ones.

The article is contributed by Manchester Business School and written by: