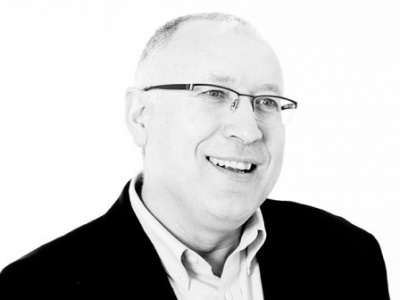 By Ismail Ertürk - The Banking Expert at Alliance Manchester Business School, The University of Manchester.

Donald Trump, just like many recent crops of populist politicians across the developed world, promises easy solutions to deep structural domestic economic problems that cause serious youth unemployment and low-wage adult employment. One of such silver bullet solutions to the chronic unemployment problem and low-wage jobs in the US is to introduce border adjustment tax that would make imports to the US more expensive than products made in the US. Through such taxation Trump tries to force both US and foreign companies to produce in the US the products that they sell in the US domestic market so that employment in the US increases and the trade deficit improves. This was a sweet melody for the ears of precariously employed and unemployed US voters who casted their votes in the US presidential elections back in November 2016. However it was and still is a considerable concern for the rest of the world and for some big US companies like Walmart and Apple who rely on goods produced outside the US for their profits. It is also very un-American attitude to international trade as the economic and political hegemony of the US in the world has derived from its free-trade and free-markets policies. The US that has promoted free trade to the world and has benefited from it economically and politically could be shooting itself in the foot if Trump’s protectionist Border Adjustment Tax becomes a reality. US consumers will end up paying high prices and in some cases will end up not being able to afford for goods that they need for their subsistence and life styles. But just like other Trump policies on immigration and health this trade related policy is not properly worked out by Trump and his administration. A US Border Adjustment Tax will hit Trump’s own businesses. For example Trump hotels import almost everything from outside the US- marble from Italy, disposable slippers from Hong Kong, ice buckets from Thailand, etc. So the US’s global political power, its relationships with its allies in Europe, the living standards of US citizens and market values of US corporations will suffer. And there is no guarantee that the US trade deficit and the US employment will increase either as a strong US dollar will hurt US exports and workers working in exporting sectors, especially the countries importing from the US will revert to a protectionist mode as well.

In addition to the very likely negative economic and political consequences the chances of US implementing such protectionist policies are very small as these policies are not lawful under the international World Trade Organisation rules. Trump has already lost cases in the US courts in implementing his immigration policies and he is very likely to lose the cases against the US in international courts if the US violates the World Trade Organisation agreements by introducing a border tax. Therefore the proposed border tax is unrealistic as well.

There are serious structural economic problems in the US that prevent creation of high wage jobs. But the solution to this problem is not taxing imports. In fact taxation as explained above is very likely to hurt the US international political interests, its economy and its consumers. Therefore it is both un-American and unrealistic. But it helped Trump win the presidential election. So what we will see is just another repeat of populist politicians’ disingenuous relations with those citizens who suffer most from structural economic problems. The voters for Trump have already started to realise this insincerity in his early failures in foreign policy and healthcare bill. Trump and his administration will soon realise that what makes America really great is its free-trade and free-markets policies not populist protectionist policies. However the US has to change its corporate tax rules to make sure that the US companies bring their profits back to the US rather than keeping them offshore to avoid tax in the US. The US can be even greater if it can make changes to the corporate tax frameworks and corporate governance mechanisms at home and initiate similar changes internationally. The US should make big US multinationals work for their country and the global economy by paying proper taxes to the states and proper wages to their workers. The US should stop exporting the business models of the likes of Uber and Starbucks to the rest of the world where the drivers and baristas earn almost nothing but instead should manufacture and export business models for private firms that pay taxes and high wages. This will then benefit both the US and the rest of the world.

Ismail is a regular commentator in the broadcast and print media. He has taught corporate finance, bank financial management and international finance on both the School’s MBA and Executive Centre programmes. His research interests are in financialisation and financial innovation.