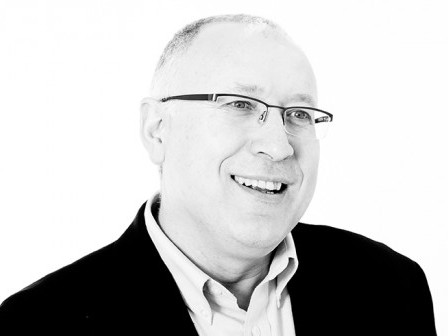 Business and Political Uncertainties in Europe after Brexit and Trump

By Ismail Ertürk - The Banking Expert at Alliance Manchester Business School, The University of Manchester

The marginal electoral victory of the leave campaign at the U.K. referendum last summer has injected hope into the right-wing political movements in Europe that their anti-EU and anti-immigration politics now stand a good chance to win elections in their own countries.  The first election will be held in Netherlands on 15 March and this will be followed by the presidential election in France in April and May, and then the federal election in Germany in September.  Although there is a general trend of rising populist nationalism in European politics the no man's land that the U.K. has found itself in after Brexit and the global repercussions of the unpredictable and confused illiberal behaviour of the new U.S. President Donald Trump seem to have made some Europeans realise that nationalist right-wing politics does not have immediate and realistic answers to the current socio-economic problems that most Europeans face.  Consequently young middle of the road presidential candidate Emmanuel Macron in France and the new Social Democratic Party leader Martin Schulz in Germany are gaining electoral support with their pro-European and liberal views and promises.  Macron and Schulz can shape European politics and economics in the next five years if they win the elections in France and Germany and would mean less political and economic uncertainty.

I think the biggest harm to the right-wing populist politics in Europe has been caused by their political cousin across the Atlantic, Donald Trump, as the nationalist Europeans themselves are threatened by Trump’s “America-first” rhetoric and actions since he became President.  Trump blamed Germans for undervaluing Euro for their own trade benefit and therefore lumped a long-standing political ally into a convenient foreign policy ditch together with China.  Trump blamed all Europeans for not contributing enough to NATO and sees Russia as a better partner in international politics than Europe.  For any sensible European the European Union project, in the context of Trump politics could not be more valuable for existential and cultural reasons than ever.  It looks like a pro-European tide in politics may be gaining the upper hand.

But the structural economic and social problems of the European Union will not go away with or without electoral victories of populist nationalist politics.  And the key to the solution of economic problems of the EU lies in a New Deal between the state, private businesses and finance.  Businesses, global and national, should invest more and pay higher wages.  Governments should create a new economic framework for the relationship between businesses with better governance, a reformed finance supporting the real economy and the state without a discredited ideology of neo-liberalism.  This framework should encourage long-term perspectives in investment decisions and financial decisions.  Financial sector should channel funds into the productive economy rather than fuelling real estate bubbles and stock market bubbles.  European Central Bank should use conditionality in providing financial stability to the financial sector.

Governments should lead infrastructural investments starting with education, health, energy and transport.  For example a faster and modern environmentally friendly rail network throughout European Union is a sound way of increasing economic and social interconnectedness.  The cost of such infrastructural investments is much less than the damages being caused by real estate bubbles in Berlin, Amsterdam, Stockholm, Copenhagen, Milan and Dublin and the stock market bubbles that the European Central Bank quantitative easing encourages everywhere in the EU.  Populist nationalist politics are not a solution to the Europe's structural problems of inequality, poor wages, high youth unemployment and poor welfare.  Multinational businesses and global economy will suffer from such politics too.  Therefore it is urgent that a New Deal between businesses, state and finance should be struck for long-term prosperity and stability of both European and global economy.

Ismail is a regular commentator in the broadcast and print media. He has taught corporate finance, bank financial management and international finance on both the School’s MBA and Executive Centre programmes. His research interests are in financialisation and financial innovation.