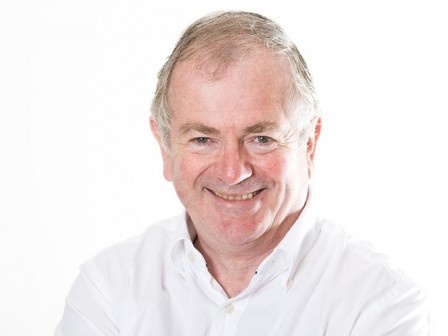 By GARY DAVIES - Professor of Strategy at Alliance Manchester Business School, The University of Manchester

George Soros claims: Open societies are in crisis, and various forms of closed societies – from fascist dictatorships to mafia states – are on the rise. This runs counter to the evidence from the Democracy Index on the trends in 167 countries since 2006.  They report little or no change overall in how democratic we are. Max Roser’s data (published as ‘Democracy’ online at OurWorldInData.org) show the number of democracies growing between 1943 and 2009 from 9 to 87. The proportion of the world’s population living in a democracy has risen from 14% in 1940 to 56% in 2015. Democracy is alive and well!

George sees the election of Donald Trump and Brexit as forces of disintegration. Trump’s cabinet are described as incompetent extremists and retired generals. By my reckoning 12 previous US presidents have been retired generals, the most recent being Dwight D. Eisenhower. I too would have voted for Hilary Clinton, but I have to respect a winner with far less financial support from vested interests. According to the Centre for Responsive Politics, Clinton’s funding totalled $803million and Trump’s $322 million. To be president you still need to raise more money that most of can dream about, but on this criterion, Trump is to be praised. Let’s now wait to see what he does. Previous administrations have given us ‘democracy’ in Afghanistan, Iraq and Libya….it’s not a difficult record to beat.

I voted in favour of my country being in the EU in 1975 but I voted to leave in 2016. The Common Market as it was then called made sense; a rich man’s club of just 9 countries.  Food and other basics such as steel and coal were expensive to produce in Western Europe with our high wage rates. High tariffs protected us from cheap imports and maintained high levels of employment. The EU today is very different, it has 29 member states and its newer members are not economically strong. Free movement of labour has meant that semi-skilled and unskilled workers in Western Europe have had their wages cut due to the large movement of labour from the East willing to work for less. Consequently millions of the less well-off have even less to spend.  The ruling elite seem not to understand that rising, not falling, spending power is essential if you want a growing economy. Young couples even if they have good jobs cannot afford to buy their own homes in the London area.

Workers in the USA have felt similar pressures; the loss of jobs to immigrants and to workers in other countries. They and their British cousins are not stupid, fascist or racist. It is not racist to vote for what you see as being in your own interest and in that of your family. That is democracy, the ability to get rid of politicians who don’t see things your way. Unfortunately in Europe we cannot vote directly for those who run the EU; we can only vote to leave.

George sees Russia wanting to dominate Europe. My worry is the reverse and that EU and American policies are too provocative. The Baltic states of Estonia, Latvia and Lithuania were once within Russia’s area of influence but are now members of the EU and host NATO exercises. The Ukraine and Belarus are next on the EU’s membership list. Both countries border Russia; as does Turkey, and they have American nuclear missiles stationed there. The rhetoric is however that Europe needs to defend itself against Russian ambition.

Where I do agree with George is that many politicians have stopped listening to their electorates and behave as if they always know what is best for us. One British MP said recently that it was not her job to represent the views of her constituents in our parliament. In her opinion she had been elected to vote in parliament as her own conscience dictated. We have to hold such politicians to account when they choose not represent our views.

Gary Davies - Gary Davies is professor of strategy at Alliance Manchester Business School in the UK. He is a frequent visitor to Korea where he has spoken to business and academic audiences. He is an honorary life member of the Korean Distribution Association. His research (including that on voting behaviour and international trade) has been published in the Strategic Management Journal, the Harvard Business Review, the Journal of the Academy of Marketing Science, the Journal of International Business Studies, and the British Journal of Management.