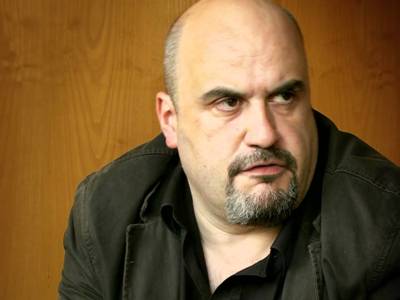 The Unhealthy Obsession with Restructuring

A short time ago, a colleague, Oscar Rodriguez Ruiz, and I wrote a short piece published in the Spanish journal Universia Business Review 2010 that pointed to the obsessive way in which companies sometimes restructured for reasons that were never very clear. In the USA, for example, as profits increased, companies felt compelled to restructure and reduce the sizes of their firms and their workforces. This activity was driven mainly by a desire to send signals to stock exchanges and money markets, thus raising the share values of the firms in question as they were seen to be taking direct action by reducing staff numbers. Companies and management do not always think through why they are making changes, but seem to proceed with a degree of obsession and an irrational belief that this is the ‘best way’ when in fact it might not be.

Within the organisational and employment studies literature, a debate has emerged suggesting that restructuring and change are more complex than they appear, and the way that a firm pursues strategies of change with its workforce, and worker representatives, over the longer term is an essential aspect. Wayne Cascio, in his earlier work Responsible Restructuring (2002), has argued that firms need to consider as wide a set of alternatives as possible before deciding to reduce or change their workforces. They should look at alternative ways of deploying workers, and enhancing their ability to operate across a range of areas and roles to avoid making unnecessary redundancies.

Longer-term strategies for worker support should be developed that rely on strong internal labour markets, and the ability to protect workers and enhance their performance through activities such as job rotation. Training is paramount to this process, and the failure to update, upgrade and develop staff – in discussion with workers and their representatives – makes the longer-term effects of restructuring problematic.

In fact, in research at Leeds University, and in work by Jean Gardiner and various colleagues in the CERIC research centre published in the International Journal of Human Resource Management in 2007, we see that having a strong work–life balance policy is not just important for workers in dealing with stress and having a fuller life, but it also means that individuals can pursue broader interests, develop themselves in a more balanced manner and be prepared for change and the challenges it brings.

Linked to this is the importance of participation. An environment that allows for the voice of the workforce to be heard, both collectively and individually, contributes to a greater emphasis on citizenship both at work and beyond. Trade unions, for example, are important in developing a more open debate, and allow individuals to communicate and rationalise within and beyond the sphere of work. The need to negotiate and consult regarding redundancy is important, but creating a culture of dialogue can also extend the understanding and abilities of a workforce. It is this factor that is often ignored in the ‘macho’ debates on restructuring and change, which assume that one core manager has all the answers and does not need to engage with the workforce on such matters. The evidence suggests from countless sources that, in contexts such as Germany or Sweden, the role of dialogue and systematic discussion contributes to a more rounded and balanced approach to the subject.

Professor David Guest, of King’s College London, has argued that there are many virtues to stability and coherence. A skilled, knowledgeable and settled workforce results from attempts to sustain the best possible commitment to employment stability. The role of change is not denied; however, the loss of skills, loyalty, commitment and knowledge about the organisation are common and often serious outcomes of restructuring and downsizing.

What is more, the nature of management today in contexts such as the UK and the USA is often short-term: the intention of a new manager is to join a firm, reduce its size, then leave, adding another line to the manager’s CV on what he/she did there and not even consider the impact and consequences of these sweeping actions. The problem ultimately is that, in an age of unethical restructuring, we see a management class with less and less commitment to the organisations it is employed by, because it knows it will be gone by the time its mistakes become apparent.

Research is increasingly pointing to the need to be more sceptical and critical of the way restructuring is approached. The causes of restructuring are not often clear, and the way it is conducted is normally quite damaging to the economic and social context.  Firms appear to simply offload their workforce onto society having not prepared them, trained them and participated in generating more able and skilled citizens.

Miguel was born in London and attended Aylestone Comprehensive (now Queens Park Community School). He then studied for a BA (Hons.) in Economics and Governmentand then a SSRC sponsored MA in Latin American Government and Politics at Essex University (1979-1983). He was a Researcher located in the Universidad Autonoma de Madrids Sociology Department (1983-84) financed by a British Council/Spanish Ministry of Education Scholarship and later a Vicente Cañada Blanch Foundation/University of London Fellowship (1986-87). He completed his PhD in Industrial Relations in 1988 with an ESRC scholarship (1984-86) at the Warwick Business School, University of Warwick. He has worked at Cardiff University, Keele University, Leeds University, and Bradford University.