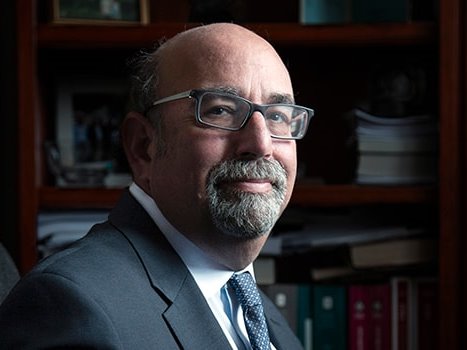 Bob Herz recalls once being introduced as having “a more interesting career than any accountant deserves”. He won’t be drawn on what he or his fellow professionals may or may not merit, but, he says: “I’ve been very fortunate in my career. I still am.” It’s clear, however, that more than good luck has propelled him from “a little articled clerk 45 years ago” to setting industry standards at the Financial Accounting Standards Board (FASB) – and being named the latest recipient of ICAEW’s Outstanding Achievement Award.

“People have been kind enough over the years to give me honorary doctorates, and I was elected to the Accountancy Hall of Fame,” he says. “But the Institute’s award is the greatest honour of all. To be recognised in such a way by your peers is touching.” The award goes to an ICAEW member who has served the community, and this year’s citation recognises Herz’s “global leadership in seeking closer international harmonisation and improvements” in accounting, financial and sustainability reporting, to help businesses present performance clearly to benefit the capital markets.

“I was inspired by people who all seemed to have tremendous pride in their job and how they could serve the public interest,” he says. “As I developed as an accountant, I believed in good information going into the capital market – it’s one of the pillars of a sound economy and a healthy society.” Herz was born in New Jersey but his career was shaped by an early family move to Argentina.

“I went to an Anglo-Argentine school and did English A-levels, which got me into The University of Manchester to read economics. I wanted to be an economist but the downturn in 1973 meant few opportunities. I was fortunate to be mentored in Manchester by [future head of the OFT] Bryan Carsberg, John Arnold [later DG at Manchester Business School] and Tony Hope, who steered me towards accountancy. I was happy – accountancy was a realworld implementation of economics.”

Herz articled in the mid-1970s at Price Waterhouse. “After I qualified as an ACA I persuaded my English bride Louise that the US was the land of opportunity. When a PW job came up in Miami, I jumped at it.” It should have been perfect – the firm wanted a bilingual candidate and he was fluent in Spanish – but, says Herz: “I didn’t do my homework. Each state has its own CPA licensing rules and Florida didn’t recognise my Manchester qualifications. When I raised this issue with the personnel partner at PW Miami he suggested I redo my undergraduate degree at night school and weekends. Within weeks I’d joined Coopers & Lybrand in Boston.”

It was here that Herz started to foster his interest in accountancy standards. He won the gold medal for the highest score on the CPA exam and was offered a job at the FASB – but turned it down after his employers promised to give him similar training in New York. “I had a tremendous time in audit practice there, as clients included investment banks on Wall Street. It was the 80s and that field was exploding, and I was asked to lead Coopers’ Corporate Finance Advisory Service.”

After the 1990s merger, Herz was appointed the newly-formed PwC’s theatre leader of professional, technical, risk & quality, and when the International Accounting Standards Board was formed in 2001, was asked to join. “To understand and improve standards, you need to know the rules, and the weaknesses within those rules,” he says. “I was in the international arena, beginning to set those standards. It was very exciting.”

A year later he was again approached by the FASB – and this time he accepted. “I was sad to leave PwC, but this was the opportunity to take on a greater mission. It was a testing time for finance – Enron had collapsed and the invincibility of the US markets was suddenly in question. Something had to be done and this was an opportunity to set new standards and restore faith in the markets. “The FASB’s mission was to improve standards and simplify reporting. We got a lot done and I have tremendous pride in what we achieved there.”

Herz served eight years until 2010 when, he says, “I retired – well, technically.” He’s currently on board committees at 10 organisations – and is executive in residence at Columbia Business School. So does he have time to accept the award? “Oh yes,” he says. “I do things outside work – our children and grandchildren all live within a mile of our home in New Jersey and I enjoy golf, although my handicap is my swing! Louise and I keep a flat in Manchester and we’re there two to five times a year. We have a great community of friends there. I’m really looking forward to coming over again for the dinner. I’m proud of my effort as an information accountancy standard setter and advocate for integrated reporting, but to be recognised in that company will be a humbling experience.”

This article was originally published on ICAEW.