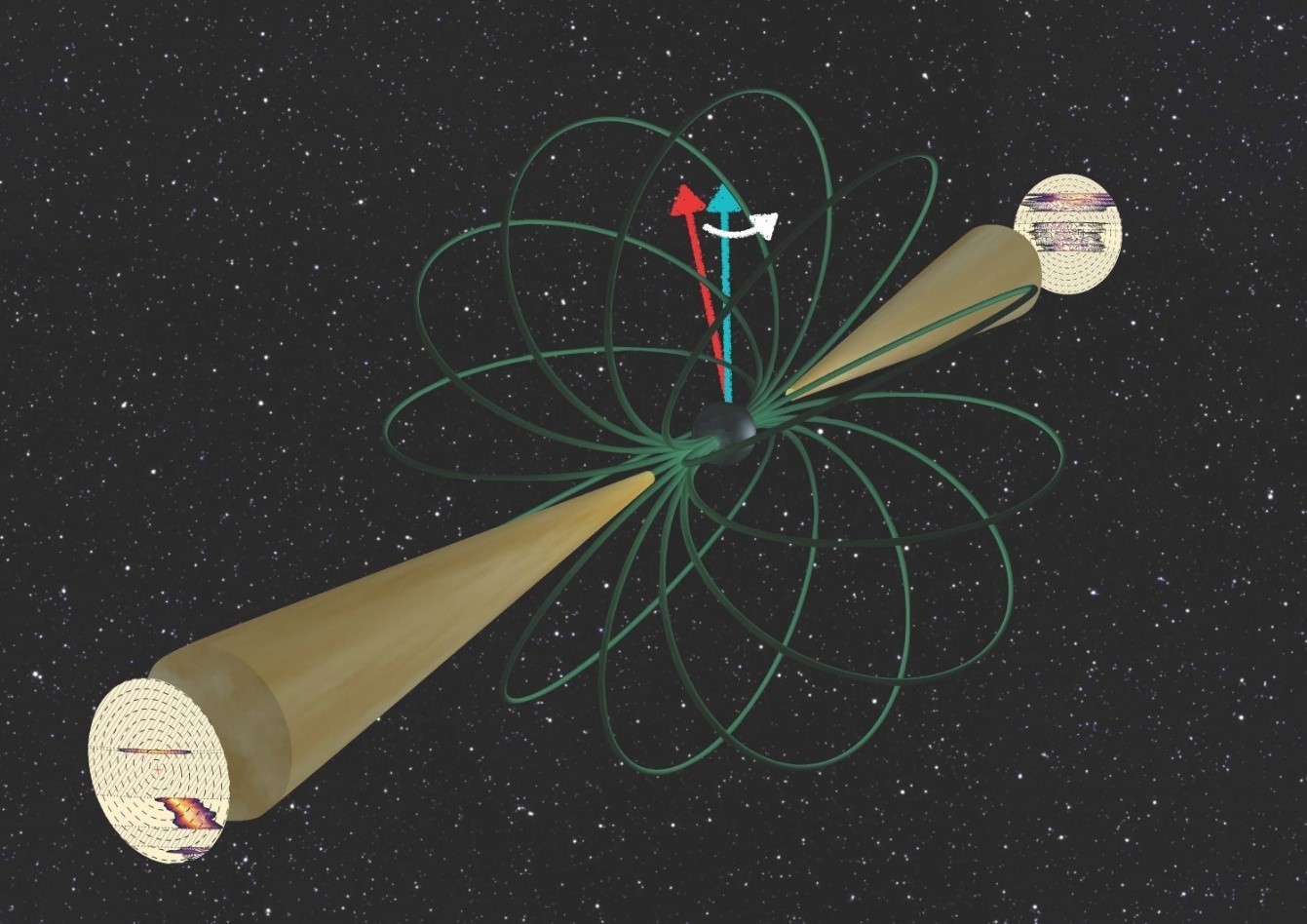 Researchers have been successful in mapping the topography of both magnetic poles of a pulsar for the first time. This was possible thanks to an effect of gravity described by Einstein’s theory of general relativity.

Pulsars are rapidly rotating neutron stars and are one of the most exotic objects in the Universe with a gravitational field second only to black holes. They have the strongest magnetic fields in the Universe and emit radio emission from their magnetic poles. The results were published in the journal Science on the 6 September 2019.

“This pulsar, known as PSR J1906+0746, is a member of a binary system with another neutron star. The extreme gravitational environment of the two neutron stars causes spacetime to be distorted. This in turn causes the pulsar to precess, changing the angle we view the radio emission and thus allowing us to map out the emission.” said Professor Andrew Lyne of The University of Manchester, who used the Lovell telescope at Jodrell Bank Observatory to first determine the nature of this system.

Ben Stappers, Professor of Astrophysics at The University of Manchester said: “This pulsar is expected to precess so far that in 2028 the pulsar will no longer be visible from Earth and we will continue to monitor it with our telescopes including the Lovell Telescope at Jodrell Bank Observatory up to that point to see what more we can learn from this interesting system.”

The research team, led by Gregory Desvignes from the Max Planck Institute for Radio Astronomy (MPIfR) in Bonn, used observations with the Arecibo and Nançay telescopes

“PSR J1906+0746 is a unique laboratory in which we can simultaneously constrain the radio pulsar emission physics and test Einstein’s theory of general relativity”, says Gregory Desvignes. “These results show that the emission beam is not round as might be expected, but elongated.”

This result is the most precise measurement of the so-called geoderic precession effect predicted by the theory of general relativity. The maps of these emission beams also provide important information on the double neutron star population in our galaxy and the expected gravitational wave detection rate for neutron star mergers.

“The experiment took us a long time to complete, but was well worth the investment in telescope time”, concludes Michael Kramer, Director of MPIfR and University of Manchester affiliated Professor.