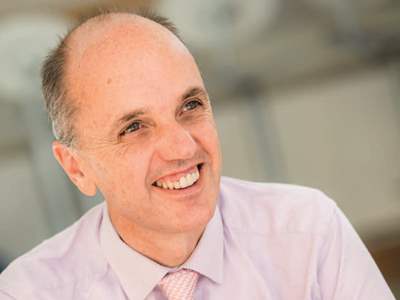 Professor Chris Humphrey from The University of Manchester reflects on the recent Business, Energy and Industrial Strategy Select Committee report on the future of audit.

Since the publication of the Business, Energy and Industrial Strategy (BEIS) Select Committee’s Future of Audit report in April, commentators have mostly focused on the call for the break-up of the firms and the proposed joint audits.

Yet, a significant part of the BEIS report concentrates on the history of audit, the audit expectations gap, the social role of audit and audit quality, and the conclusions here are important and worthy of further contemplation.

Acknowledging the past to create the audit of the future

Since the 1970s, commentators and academics have talked about an audit expectations gap, concerns with audit quality and the need to restore confidence in the audit profession. This is why, when giving evidence to the BEIS Select Committee, I stressed that the lengthy history of ‘future of the audit’ investigations should be treated as an important reference point. Without acknowledging what has gone before it is easy to propose solutions that failed in the past or unintentionally ‘recycle’ ideas that were rejected for good reason in prior audit inquiries.

What is perhaps most intriguing about today’s audit ‘crisis’, is not the specific nature of proposed reforms but the fact that we have been here many times before with audit and discussions about the future of audit.

Audit is also a function with a history landmarked by notable cases of audit failure. We don’t date and remember things in audit by great advances and successes. Instead, we chart and recollect its history through major failures and corporate collapses – we talk of audit post the Asian crisis, post Enron, post the global financial crisis, and we even contemplate the future of auditing in terms of how current proposals will fare when the next crisis breaks.

A key issue of past audit inquiries has been their narrow focus on fixing the current form of audit (that has not been fixed by prior reforms).

To its credit, the BEIS report talks explicitly of improving the social utility of audit by broadening its remit. This includes extending the scope of audit to more future oriented information, improving the usefulness of audit through the issuing of graduated audit findings and greater auditor engagement at company AGMs, and endorsing the fundamental rethink of audit vested in the ongoing Brydon review.

Ruling levels of conservatism, however, should not be underestimated, with criticisms already categorising some of the BEIS’ proposals on the scope of audit as being too imprudent, too speculative, too different.

The BEIS report places considerable emphasis and reliance on market competition and regulation. The pursuit of more market choice and greater levels of competition is intended to deliver a more resilient audit market, but a resilient market is a conceptually different phenomenon to a resilient auditor, especially given the difficulties in observing audit quality.

If the desire is for resilient auditors, should the audit market be the immediate starting point, especially given the current scale of concern with the dominant commercial culture in which auditors operate? The case for bolstering the level of choice in the market also assumes that new competitors (whether singularly, jointly or reconstituted) are capable of providing audits of at least an equivalent quality to the existing audit firms.

The balance between regulation and professionalism

A puzzle in much of the current criticisms of levels of auditing in the UK is that the Financial Reporting Council (FRC), the regulatory body whose audit inspections findings are used as a defining measure of audit quality, is the very same body that has been labelled as a regulator in urgent need of reform.

Can the FRC really have been so right on audit quality inspections and apparently wrong on so much else? Furthermore, should a ‘strong’ auditing profession not be ensuring that it and its members are the defining knowledge source on audit quality? Can the profession not do more itself to highlight top quality audit in action and illuminate what are overall current levels of audit quality, especially given the questions being posed of its recognised supervisory status in light of the government’s commitment to return auditor registration to the regulator?

In seeking to invigorate new conceptual thinking on auditing, I have argued that thinking differently is the fundamental essence of audit.

Audit can be more than just a form of assurance, it can be valuable in itself rather than being dependent on the value of the information that it is assuring. Stripped to its raw conceptual elements, audit is a form of social conscience, an alternative voice that through listening and subsequent action makes a difference that causes people to stop and reflect, to act before an issue arises. It is about speaking out when others are scared to speak. Audit is not just a voice of reason but a facilitator of change and something or someone that brings a fresh perspective. Rethinking the future of audit means leaving behind phrases such as ‘an audit is an audit’ and embracing different conceptualisations of audit. Perhaps the real proof of a resilient, publicly interested, professional audit function is when we are readily able to say that ‘an audit is something special that made something positive happen’.

The Future of Audit

In April the House of Commons Business, Energy and Industrial Strategy Committee published its report into The Future of Audit.

Professors Christopher Humphrey, Brendan O’Dwyer and Stuart Turley, and Dr Javed Siddiqui from the Accounting and Finance Division in Alliance MBS, were all mentioned in the report.

The report made a number of recommendations to the forthcoming independent review of the quality and effectiveness of the UK audit market.

This independent review, led by Sir Donald Brydon, will look at audits as a product and what audits should be in the future. It will address the audit expectation gap: the difference between what people think an audit does and what it actually does.

It will also look at the scope of an audit, any changes that may need to be made to it and how it can better serve the public interest. The review is expected to publish its findings by the end of the year.