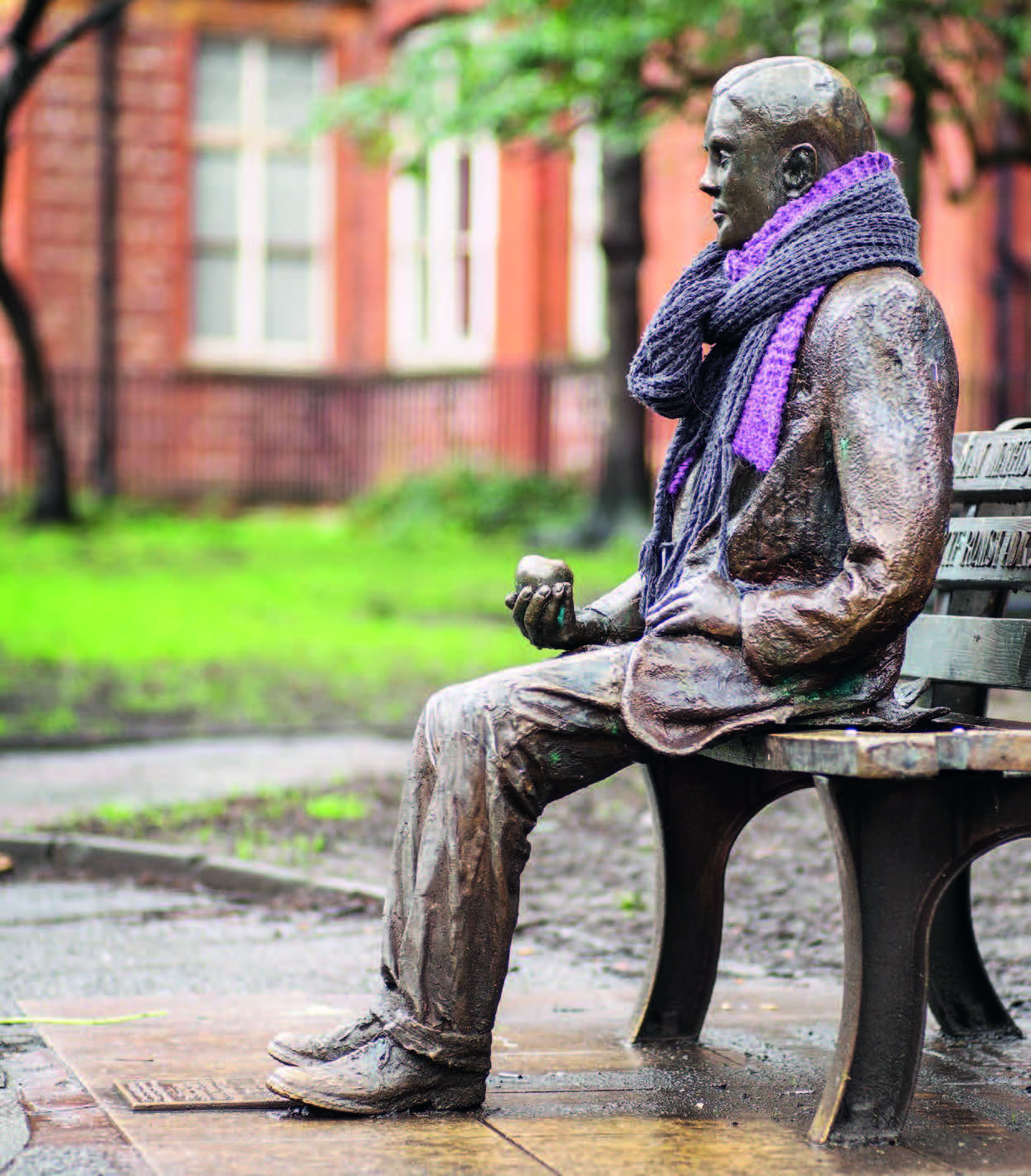 Our Alan Turing Fellows from The University of Manchester showcase our strengths in data sciences.

For Julia Handl from The University of Manchester, a Senior Lecturer in Decision Sciences with specific expertise in data mining and machine learning, her recent appointment as an Alan Turing Fellow will have significantbenefits for her research. In particularshe expects her Fellowship tospark discussion and collaboration with academics from across the country. “For me this is very much about expanding my network of collaborators outside Manchester. The Alan Turing Institute (ATI) now has a very large national network and actively works to match academics with experts from other universities, in order to puttogether strong collaborative funding bids.”

Research at the ATI is channelled around a number of ambitious challenges that represent areas in which Artificial Intelligence (AI) and data science can have a game-changing impact for science, society and the economy.

Such challenges include how to revolutionise healthcare, how to deliver safer and smarter engineering, and how to manage security in an increasingly insecure world. They also include how to make algorithmic systems fair, transparent and ethical, and also how to design computers for the next generation of algorithms.

Dr Handl from The University of Manchester says the ATI network is growing all the time and this is helped by the enduring legacy of the Turing name. “The work of Alan Turing carries so much weight and interest, and his work is as influential today as it has ever been. It carries with it authority and it is therefore a natural entry point for companies which want to explore more collaborations with academia.

“What you sometimes find is that companies get involved with the ATI simply because they have heard about AI and Data Science, but they have no clear understanding of the type of methodology that is appropriate for their problems and how we, as academics, can support them in identifying suitable solutions. So you often start off with quite high-level conversations with businesses about their data and the business problems they are facing. What are the key questions they want answering? What kind of end product or process do they envisage? How does their data fit these needs? What kind of machine learning techniques are needed to put an appropriate solution into place?”

Dr Handl from The University of Manchester says she personally helps organisations conceptually frame problems so they can start implementing them. “With machine learning it is never as simple as just hitting a button,” she says.

However she cautions that there is a growing consensus that, as a society, we are not heading to complete automation any time soon. “Instead we are using data science to augment human decision making. In a lot of domains that is where we are going to stay for the foreseeable future. Furthermore, questions around the appropriate use of data and the transparency of the resulting models are fundamental elements of this discussion.” Another Alan Turing Fellow is Nadia Papamichail from The University of Manchester, a Senior Lecturer in Information and Decision Systems.

She adds: "Diversity of expertise is at the heart of the Turing ethos. People often expect to find data scientists in a maths, statistics or computer science department, but the first time I visited the ATI I was excited to meet other Turing Fellows from schools and disciplines as diverse as engineering, politics, biomedicine and linguistics. There is an understanding and acknowledgment that complex problems require complex solutions that can only be provided from cross-disciplinary teams.

“Business schools are well positioned to add to the methodological rigour of data science and AI solutions, while contributing to the delivery of impactful research. Being part of the Turing community is undoubtedly a privilege. It is a challenge but also an immense opportunity.”

The University of Manchester and the Alan Turing Institute

In 2017 the University of Manchester became a university partner within the Alan Turing Institute (ATI), the UK’s national institute for data science.

The Institute is named in honour of Alan Turing whose pioneering work in theoretical and applied mathematics, engineering and computing are considered to be the key disciplines which comprise the emerging f ield of data science today.

In 1948 Turing was appointed Reader in the Mathematics Department at Manchester and soon afterwards became Deputy Director of the Computing Laboratory. It was here that he worked on software for one of the earliest true computers, the Manchester Ferranti Mark 1.

The University today has 20 Alan Turing Fellows, while it has a wider data science community of more than 600 investigators