Former Bank of England Chief Economisr joined Andy Haldane, who recently joined Alliance MBS as a Honorary Professor, has been appointed by Boris Johnson to head the UK's levelling-up taskforce.

Haldane, who will operate as a Permanent Secretary as part of the civil service, will report to both the Prime Minister and Michael Gove, who last week was appointed to run the new Department for Levelling Up, Housing and Communities following a Cabinet reshuffle.

Haldane will be on secondment from his job as Chief Executive of the Royal Society of Arts for six months, and will now play a key role in defining and delivering the flagship policy.

"As I've said, where profuctivity leads, pay and incomes then follow, and universities are no different. It's why it makes perfect sense for universities to be centre stage both in terms of our national and local induxtrial strategies." Haldane said. 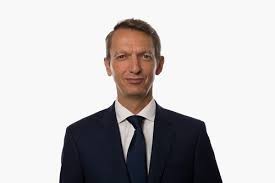 In an exclusive interview with Alliance MBS earlier this summer, Haldane discussed how productivity, skills and devolution were key to the levelling-up agenda, and said you could not tackle levelling-up in isolation from all three.

However he said bringing the three elements together was much easier to do locally than nationally. "What you need to be doing is joining up policies around education, health, transport and business support at the local level."

He added that success in levelling-up also came down to "delegating powers, people and finances" and that further devolution was essential. "You need to craft local plans that speak to local problems and devolution is an essential pre-requisite for making progress on levelling-up."